… for trying to run game on New Zealand, scaremongering the Foreshore and Seabed hÄ«koi: 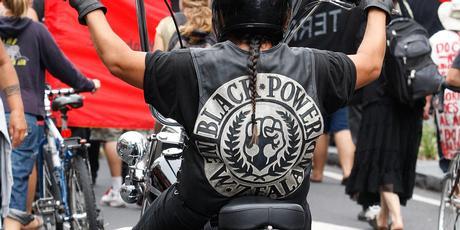 That was on page four of the dead tree edition, and online here, under the headline “Opponents put up roadblocks to bill”. Use of this outrageously unrepresentative photo makes a number of unjustified implications which aren’t present in Claire Trevett’s generally factual and balanced article. These include:

The core message of this choice of photo to accompany what is mostly a story about the trivial frustrations of a government trying to pass an unpopular law is this: MÄori radicals and gangs are forcibly blocking this law, and they will block you from the beach as well.

It would be absurd if it wasn’t so offensively misleading.

I call myself a sensible moderate, but not in the same way Peter Dunne does. View all posts by Lew

5 thoughts on “Shame on the Herald”